Some more stuff for the blog’s 1000th post anniversary! These are from my college diploma blogs and were never exported to 1LondonBlog/Hyde Park Now. Deigh Smith was one of my favourites! I did two features on his fashion work. This page actually consists of some of my favourite selections of those portraits I took and were published on my diploma blog. I think the London fashion Scene went downhill when they stopped using Somerset House for the main venues and instead focussed on the NCP car park in Soho. That was more challenging because of the constant traffic about the area and wasn’t really helpful in terms of my disability. The more recent venues (such as that held in the Strand opposite Aldwych tube station) haven’t been so great either! I met a few other disabled photographers but have no idea how they progressed after I dropped out of the scene.

The following are pics from LFW AW/SS 2013 and 2014. First is Deigh Smith who was undoubtedly one of my favourites, and then Darren, a man who likes to dress well using a combination of “collage and mixed media to create ethical, re-cycled and original portable art.”

I did two sets of portraiture features on Deigh. I don’t know what happened to the second feature (its eight years since I dealt with these posts on the old blogs) thus this is part of the first of those plus an extra picture I found.

Deigh behind the lens too!

Deigh’s Facebook portfolio. I notice he hasn’t been doing any fashion work since 2014 though. I googled him too and its that long since he’s been active.

Here’s the link to Darren’s blog Arty Coutre – it hasn’t been updated for three years however….

Here’s many more of my favourite shots:

Cool guys! They were in fact regulars to the fashion scene. London Fashion Week 16 Sept 2013.

TSS stood for the venue at Regent’s Park College. Can’t remember what the acronym actually meant though! 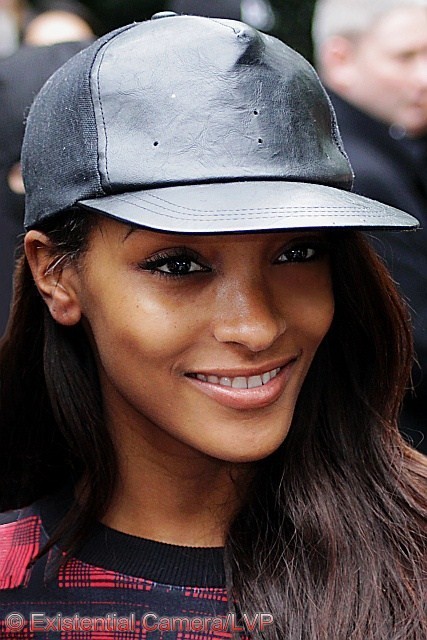 London Fashion Week 16 Sept 2013 – Another ‘stylish’ shot. Man doing the rounds at Somerset House getting people to pose with these specially made specs 🙂

Some celebrity shots were done where I could…

London Fashion Week 15 Sept 2013 – Ellie steps out of her car for the TSS Unique show in Regent’s Park.

The fashion industry is very unforgiving, TBH, disability is barely represented and that despite a band of disability fashionistas trying to raise the profile of disability in fashion. Other hopefuls become a rising star for perhaps a couple of months and then are chucked into the reject bin. Few really make the grade. There are some who circulate the system by way of being clever self publicists or good fashion reviewers, or managing to hover on the sidelines quite successfully, but they don’t actually get into the elite mainstream. Of course as well as being disablist, the industry is also very ageist and its also still racist to a considerable extent. It has a lot of areas which need to be addressed in order to be represented of the wide range of people on the planet. I did some googling on the matter for this post and its clear in the light of George Floyd’s death, racism especially is still being challenged in the industry. Here’s some recent news items on that:

Racism is at the heart of fast fashion – it’s time for change.

It’s Time to End Racism in the Fashion Industry. But How?

The fashion industry says it stands against racism. Critics aren’t buying it.

Is The Fashion Industry Ignoring Disability?

Is disability hidden in fashion?

5 ways the fashion industry must change to accommodate people with disabilities.

May 27, 2021
Subscribe
Login
0 Comments
Inline Feedbacks
View all comments
We use cookies on our website to give you the most relevant experience by remembering your preferences and repeat visits. By clicking “Accept”, you consent to the use of ALL the cookies.
Cookie settingsACCEPT
Manage consent