The second part of the Rolling Stones at Marble Arch – except this time it’s most likely not there!
The first part of this series can be seen here.
These photographs from the sixties are said to be in the subways leading to Marble Arch’s underground car park. 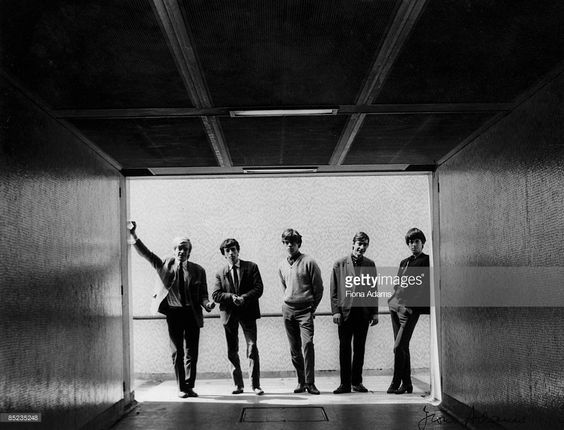 Rolling Stones at Marble Arch. Source: Pinterest
These pictures were taken in either 1963 or 1964 – depending on who says it.
One issue with these photos is there’s no evidence of their being taken in the subways to the underground car park.

The photographer herself, Fiona Adams, cites the dates as 1964. However others claim its 1963. That may be possible despite the subways being incomplete at the time. Its quite debatable.
In terms of dates, the subways were fully completed in 1964, being the last part of the enormous project undertaken to improve the roads between Hyde Park Corner and Marble Arch.
As part of an upgrade programme to improve pedestrian access to the parks, several of the subways have been filled in. Initially I thought it would make it difficult to establish where the pictures were taken.
I had to figure a process of elimination to determine which of the many subways were used for the photographic sessions. One clue from these pictures happen to be the shadows (or the lack of these.) In terms of the first picture taken by Fiona Adams it was taken at midday or thereabouts. On that basis none of the now closed northern set of Marble Arch subways (Edgware Road/Bayswater/the toilet blocks/Cumberland Gate) can be counted as the locations for the Stones’ photo shoot as the ramps and stairs at these closed subways were in the wrong direction –  eg east to west.

The closed subway to Marble Arch. This is exits 5/7. The steps/ramp remain open for the car park on the right.
That deduction leaves us with just one Marble Arch subway with an exit on a north to south alignment – the one leading to the underground car park. This was once part of the longer subway network from Marble Arch tube station (Exits 3/4 & 6) and the east side of Park Lane (the former exit 6.) Only the access ramp to the car park remains open.
The problem with this one (picture above) is there’s no sign of the car park entrance in the Stones’ pictures, so this eliminates the Marble Arch subways completely as the the Stones’ location shoot.
With the Marble Arch subways excluded, we still need those with stairs/ramps on a north south alignment, plus the exit on the west side. This leaves us with Mayfair/Aldford Street.
We can discount the one by the Hilton Hotel. This is the Mayfair subway. It’s stairs and ramps have the wrong arrangement and the ceiling is curved. This leaves that at Aldford Street.

The Aldford Street subway – compare the view with that taken by Fiona Adams – especially the drain cover.
What further evidence for Aldford St? None of the other subways have a drain cover right by the exit!
We now look at the other ‘Marble Arch’ picture.
https://twitter.com/d_arnault/status/827799434687823874
This image is more difficult. Has to be either the southern Marble Arch or Aldford Street centre island exit – which? As the follow tweet shows, it says Marble Arch car park – except once again it isn’t the subway to the car park. It cant be!
Let’s look at the centre island exits as they are now. They have signage which is not visible in the Stones’ pictures. This leads me to think the Stones’ pictures were taken in 1963 when the subways were incomplete and not open to the public.

The Aldford Street centre island exit. Originally these had lattice gates seen in Fiona Adams’ picture.
The centre exit at Marble Arch cant be inspected because the subway is closed off. The only way I could find if it had a sign similar to that at Aldford Street was by looking through the grille that now covers the old exit. It did have a sign – the anchors for this are still visible.

The closed Marble Arch centre subway exit with its newly installed grille on top.
Clearly both of the subway exits had signs not seen in the Stones’ picture which indicates the photo-shoots took place before the subways were even opened.
As to which subway the second photo was taken in, I have not been able to establish which that is. I’ll just have to assume its Aldford Street again (and its not too far from the Hilton Hotel!) That is, until there’s more evidence to the contrary.

May 15, 2021
We use cookies on our website to give you the most relevant experience by remembering your preferences and repeat visits. By clicking “Accept”, you consent to the use of ALL the cookies.
Cookie settingsACCEPT
Manage consent